At first chases another and when he catches him, they join together and run and catch others, forming a chain, by holding hands of each other. A big chain will be formed when one after another gets caught and joins the chain thereby lengthening it. This chain should not be broken, while the player runs to catch the remaining runners. 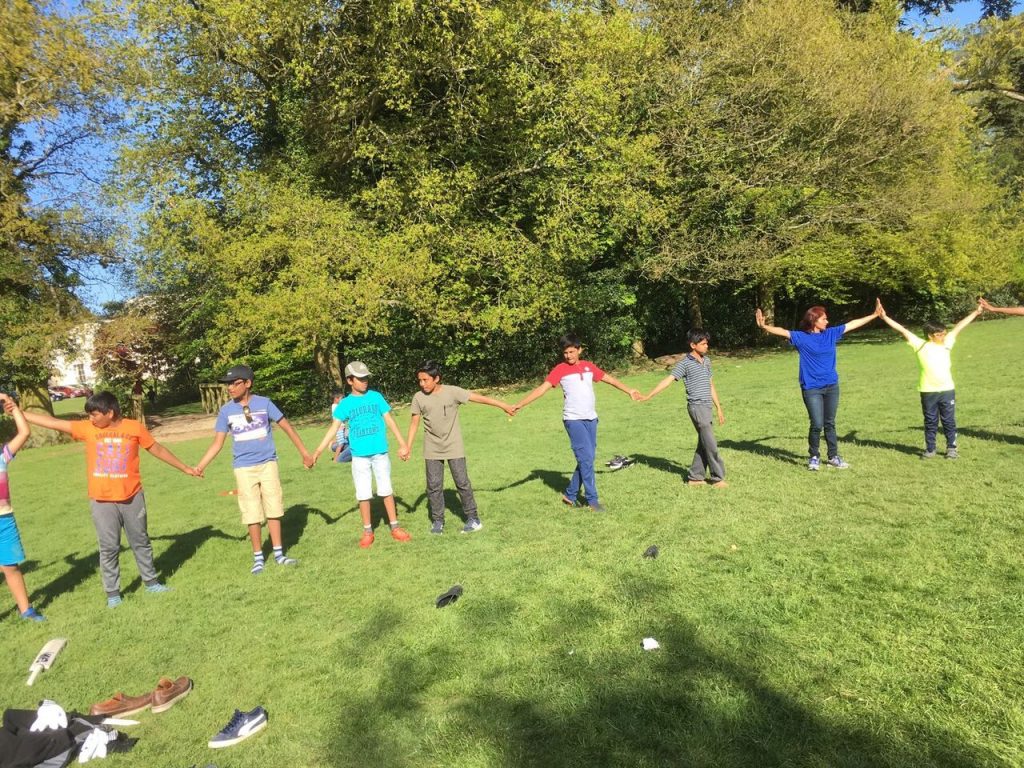 A chaser names a player and runs to catch him. If that player feels that he is going to get caught he can ask for help shouting   “Help Me”. Another player can come and help him by holding his hand. After this the chaser cannot catch the player so long as somebody holds his hand and the particular runner is saved. The chaser has to call out another player’s name and chase him. If the second named is caught before he gets help from other player, he will become chaser and the chaser will join the runner group. Thus the game continues.

Two players will stand shoulder to shoulder holding each other tightly. A third player will sit on their joined shoulder. This is one chariot. Likewise more chariots will be formed. Every ‘chariot’ will try to dismantle one or more chariots. The chariot that remains intact till the end is the winner.

One or two full blown balloons will be tied around the ankles of all the players. They all stand inside a circle. When a whistle is blown all the players should try to burst others balloons with their feet by stamping over it. The winner is the one who keeps his balloons intact till the end.