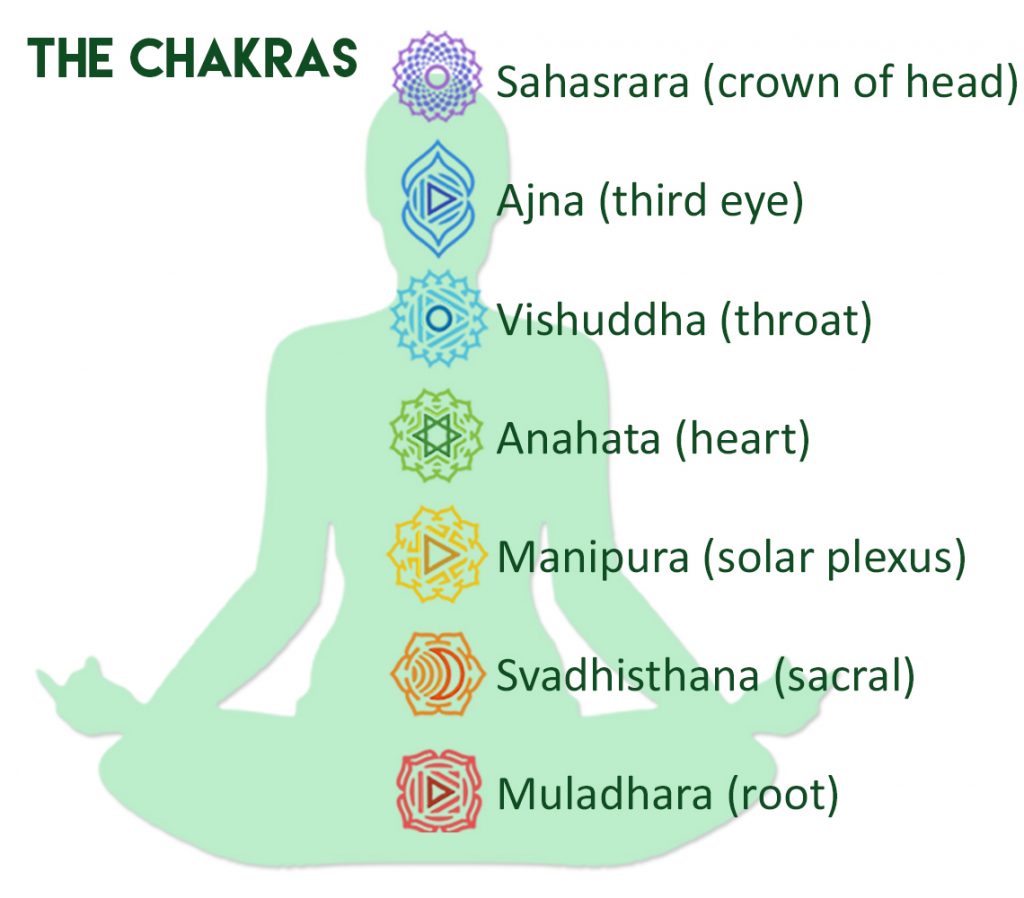 Kundalini is traditionally depicted has a sleeping serpent coil three and a half times at the base of shushumna nadi.As it is awakened it spirals up shushumna nadi ,travelling to all of the chakras.Kudalini is feminine energy so is termed Kundalini shakti.

What is Kundalini Yoga?

Every aspects of yoga in some way activates kundalini.

The word is derived from Sanskrit word meaning ‘wheel’.The chakras are formed at the junction of three connected energy shafts that ascend the spine,one on each side of the central channel,the shushumna ,the pingala,the ida,run parallel to the spinal code.These are crucial points of energy that we use,weather consciously or unconsciously,to affect reality and allow us to fully experience and realize events that unfold before us.This focal points are called chakras.

There are seven chakras in the human body.They are

Each chakra influences a different endocrine gland  and nerve plexus,and correlates to different energy bodies and higher realms.The main task of chakras are absorbs and distributing pranas to our physical body.When the kundalini adds with the prana, the chakras become rapid, and insights of the higher word become conscious.